A slap-up dinner and a taxi ride home: why net neutrality matters to you

You might have thought that the net neutrality issue was settled once and for all by a Federal Communications Commission ruling back in 2015. But the same organisation’s commissioners have now voted two-to-one in favour of overturning rules that force ISPs to treat all data as equal.

This could result in the creation of fast lanes that contravene a basic principle of the internet as we know it. Net neutrality is one of the fundamental reasons for the success of the internet over the last 20 years.

By implication, creating fast lanes means creating slow lanes, too. That’s a departure from the system that has served us and the internet so well to date.

The concept of net neutrality is that all data (or ‘traffic’, as we call it in internet-speak) on the internet should be treated equally, regardless of what it is. The shows you watch on Netflix, the emails you send in work, the flight you book online or the FaceTime chat you have with your sister on a Sunday afternoon should all be given the same speed and priority. In other words, they are treated neutrally.

For more detail, this is a nice fun description from the USA where the same debates rage. There is more in-depth analysis on the Net Neutrality Wikipedia page, too. 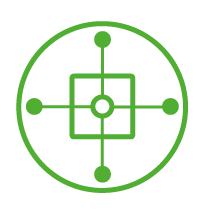 The unspoken truth is that the debate is about the share of the cake. The economics of the internet are actually quite simple. And they have worked really well: the internet is unarguably thriving.

The ‘access networks’, such as your broadband provider and your mobile phone operator, charge you (‘end-users’, as we say in the business) for access to the internet. Normally they charge on a monthly basis, sometimes on a pay-as-you-go basis.

The ‘content providers’, such as the airline you booked those flights online with, the broadcaster whose programmes you watch, Google, Netflix, iTunes and newspapers, also pay to have their content available to the internet. Specialist providers, like Tibus, charge website owners to ensure that end users can access their website or other content online. That is also normally charged on a monthly basis and essentially the busier the website, the higher the costs.

If a group of friends decide to go out for a meal and a few drinks they might decide to make a night of it and book a taxi to take them there and back. The restaurant owner benefits from this because she has a booking for four people and she wouldn’t have enjoyed that revenue unless the taxi company existed to bring guests to her restaurant.

The taxi company benefits because there might have been any need for their services if the restaurant and its lovely wine list didn’t exist to entice people into booking taxis. The restaurant owner is the website owner and the taxi company is the ISP or mobile operator.

The taxi company currently charges a flat fare for the same journey currently, regardless of what the party of restaurant-goers do or who they are.

But what if the taxi company realised suddenly that the restaurant owner was going to have a bumper bill from those four customers? What if they decided to charge more based on the wine and the after dinner drinks?

What if the taxi didn’t want flat-fares any more and wanted to set the fare according to how much he thought his passengers were spending in the restaurant? Or what if he decided to go the long way round, unless the customers paid more for him to take the quickest route? That extra cost of taxi fares might make the meal out too expensive overall and the restaurant owner would suffer over time.

The taxi driver could approach the restaurateur and suggest that he instead whisks her precious customers through short-cuts, so they arrive on time and are not over-charged. And if she doesn’t pay up, he will go slowly instead.

She might well pay, because the alternative is that her trade falls away. With unreasonable charging by the taxi driver, she would have far fewer customers. She cannot afford that; she needs the customers to be taxied to her. The taxi driver will be delighted. He will get his fare from the party of four diners, plus a nice levy from the restaurant owner, too.

But what happens next? Our restaurant owner will notice her profits drop because she is now paying a taxi company extra to bring her customers to her. She could reduce the quality of her ingredients. But more likely, she will start to pass the taxi driver’s levy on to her diners by putting her prices up.

The losers in this scenario are the diners – ultimately, they will pay extra for the same night out, one way or another. The winner is the taxi driver because he is getting 'a double bubble’ for providing the same service as he did before.

This isn’t fair and it isn't right. The same journey should cost the same fare, regardless of what the diners eat or drink while they are at the restaurant.

Net neutrality sounds terribly dry but it is a fundamental pillar of how the internet works, technically and economically. It’s worth fighting to keep it because it works beautifully at present.