Has the NHS cyberattack got you worried about ransomware? Here’s some quick and affordable protection for your business

Ransomware really made its mark on the public consciousness earlier this month when the Wanna Decryptor or WannaCry hack hit NHS computer systems.

While similar attacks regularly hit businesses and other organisations around the world, such a widespread attack on people’s hospitals, GPs and other medical institutions gained huge levels media coverage and introduced this type of cyber security threat to a whole new audience.

Of course, with that wider audience comes a greater realisation among the general public that a similar fate could befall their company. Perhaps the NHS hack has got you thinking about the consequences of having all of your data held hostage and - as with all ransom situations - having no real guarantee that you will get it back again even if you do pay up. 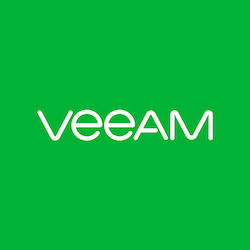 How can I protect my company against ransomware?

One way to take control of the situation is by using Tibus’ new Veeam backup as a service, which will allow you to create a daily off-site backup of your servers.

If you’re currently backing up your data locally without an offsite copy, then the local backup copy is just as susceptible as the original.

With Veeam backup as a service, the backup is remote and, in the event that your system is infected by ransomware, can easily be restored to the most recent version without you having to pay a penny to the hackers. The worst case scenario is that you’ve lost the work you’ve done since the last daily backup was performed, which is infinitely preferable to having your entire digital infrastructure paralysed.

It is also much cheaper than creating your own backup system. Buying a tape drive would cost several thousand and you still have to manage the system, including rotating the backup versions.

How do I get Tibus’ new Veeam backup as a service?

We’re partnering with IT consultancies and service providers to bring Veeam backup as a service to their customers. If you’re in need of a quick, secure and affordable off-site backup, please contact your usual IT service provider and ask them to get in touch with us.