Last night’s deadline for voter registration ahead of the EU Referendum proved that even the best websites are susceptible to failings in their hosting infrastructure. 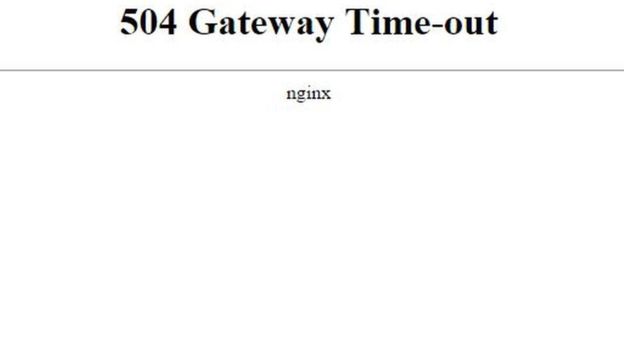 The award-winning gov.uk website was unable to cope with an influx of people trying to register to vote shortly before the deadline. The result was that many of those hoping to secure a vote in the referendum instead encountered the screen you can see in the image accompanying this blog post: a 504 error.

While we do not have any inside knowledge about the exact details of what went wrong with gov.uk and caused it to buckle under the weight of a surge in visitors, the incident does raise some general issues, which apply to all websites.

The first and perhaps the biggest question probably being mulled over in Whitehall right now is what availability levels can gov.uk afford? On the deadline for registration for such a major political event, the answer is that the website needs 100% availability.

In this blog post we discussed the considerations around availability. We pointed to the need for a multi-server environment and load balancing across the various servers. It would be a major surprise if gov.uk didn’t already have that sort of architecture in place, so that leads to…

Assuming gov.uk is hosted in such a way that it was geared towards high availability hosting, the problem might have related to scale. This is one of the trickiest aspects of web hosting: putting in place an infrastructure to allow the capacity to increase to meet demand without wasting money on unnecessary resources.

While cloud technology makes it far easier to build in scalability without necessarily paying for unused capacity, perhaps the level of demand placed on the website last night outstripped even the highest of predicted traffic spikes.

Of course, high traffic websites have their own complications. High traffic volume can either come in the form of a constant flow or a sudden surge. gov.uk probably faces mainly the former, though it was the latter it encountered last night.

Here are some thoughts on the considerations around hosting high traffic websites.